What is Radiofrequency Ablation (or RFA)?

RFA is a treatment used to deal with neck or back pain caused at a certain area of the spine called the facet joints. The procedure involves finding out the exact location causing you pain so the radiofrequency ablation can treat the area. Radiofrequency Ablation uses heat generated from a medium frequency radio waves to ablate nerves causing pain, which eliminates the transmission of pain signals to the brain.

Am I a Candidate for Radiofrequency Ablation?

What is a medial branch block (MBB)?

Medial branch nerves are very small nerve branches that carry the pain message from the facet joints and the muscles around the joints. If the nerves are blocked or numbed, they will not be able to transfer the pain sensation from the joints to the brain.

Where are facet joints?

What if a medial branch block doesn't work?

This is a diagnostic procedure. This injection is done to confirm the diagnosis of facet joint disease and to find out if the facet joints are contributing to your pain. If the MBB doesn't work, then we can rule out facet joints as a cause for pain.

What medicine is injected in a MBB?

We inject a local anesthetic.

What are the risks and side effects?

Who should not have a medial branch block injection?

If you are taking blood thinners (Coumadin, Plavix, Ticlid or others) or antibiotics, have an active infection, or have a bleeding disorder you should not have the procedure without further discussion. Please warn us of any allergies you have, especially to local anesthetics, X-ray dye and latex.

Radiofrequency Ablation (also known as Radiofrequency Neurotomy) uses a specialized needle that carries heat generated via radiofrequency energy to lesion and destroy the functionality of the specific nerves carrying the pain signals which you are experiencing. This will effectively “silence” the nerves and reduce or eliminate your pain. Prior to inserting this needle, we will numb the local insertion site using anesthetics in order to minimize pain. We typically then target anywhere from 2 to 6 nerves for the procedure.

Prior to a radiofrequency neurotomy, we will have performed a selective nerve root block (either medial or lateral branch) to verify that your pain is indeed coming from the specific joint region that we suspect. This diagnostic block would happen during a previous visit.

When is Radiofrequency Ablation Considered?

RFA is considered after other pain management and injection techniques are tried and aren’t effective in reducing pain or symptoms. Methods such as corticosteroid injections, epidural injections and other conservative joint pain relief might be used before going to RFA as a solution. Medial branch RFA targets the facet joint nerves and can help in treating neck and back pain caused by vertebral conditions like spondylosis. They can also help with cervicogenic headache, and sacroiliac joint pain. How long does it take for Radiofrequency Ablation to work?

Radiofrequency ablation surgery may not immediately bring pain relief. For some people the pain relieving effects of the nerve ablation will begin at the 10 day mark. For others, it can take two to three weeks for any noticeable sign of relief. For this reason your doctor may schedule a follow-up exam 3 weeks after the surgery to check how the procedure is working.

What is the success rate of radio frequency ablation?

The success rate of an RFA procedure is generally about 70% for pain relief, and helps people who have neck pain, lower back pain, and spinal pain. Each patient is unique though, and so the success rate can have a wider range of between 60% and 85% based on the location and which joints are being addressed with the treatment.

Preparing for an RFA Procedure

RFA is called a minimally invasive non-surgical procedure because it does not involve removing any tissue or cutting the body. However, you’ll still want to avoid eating atleast 6 hours before your appointment, but you can drink clear liquids until up to 2 hours before the appointment. You should bring someone with you to drive you home after the treatment is finished, since you shouldn’t drive or operate machinery for 24 hours after the RFA is performed.

What to Expect After Radiofrequency Ablation

You can expect some soreness or pain near the injection sites for a few days. Strenuous activities should be avoided for a couple days at least, but most people can resume normal work activities in two to three days. As said earlier, it may take up to 3 weeks for the ablated nerve to stop causing pain completely, and if the pain is too much then analgesics can be prescribed in the mean time.

Right after the surgery you may experience burning or hypersensitivity at the injection site as a side effect. Numbness or tingling may also be experienced at the injection site. It can feel like sunburn, and can last for a few days or weeks, but can be treated with rest and some ice packs over the effected area. These symptoms are less common in the lower and mid back, but are more common in the higher levels of the neck.

RFA is a minimally invasive non-surgical operation, so it has the advantage of having less risk while being safe and effective at treating pain. It’s a well-tolerated procedure without many complications, though there is a small risk of infection, which is mitigated through proper surgical sterilization and asepsis protocols. Your doctor will discuss any complications or risks of radiofrequency ablation for your specific circumstances when considering the procedure as a solution.

What if Radiofrequency Ablation Doesn’t Work?

Nerves can regenerate after the RFA procedure and start causing pain again. If this happens, the radiofrequency ablation can be repeated, and if the repeated operation comes up with the same results, a surgical intervention might be considered by your doctor. Up to 50% of patients usually see significant pain reduction for atleast a two year period, but others may only get that pain relief in a short period. Some patients may not have any pain relief from a radiofrequency ablation at all, in which case surgery or other treatment options should be looked at. 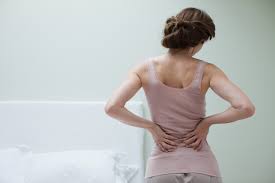 If you have worse pain after Radiofrequency Ablation

Since RFA is using radiofrequency to stop signals from coming from your nerves you may experience slightly increased pain for a few days after the surgery, since the nerves are irritated. That is one of the normal side effects in a few patients and decreases after that first few days.If the pain doesn’t subside after the 3 week mark, you can attempt to repeat the procedure, as some people do. Or if the RFA relieves some of the pain, but there is still pain present you can couple it with other pain management techniques.

Because RFA is an outpatient procedure you can return home the same day it happens. You’re going to want to keep the area dry, but you can take a shower the following day and remove the bandages at that time. You can resume all normal activity in as little as 3 days, but you may not feel the full pain relief until after 2 weeks. Physical therapy is a great pursuit to help increase strength and gradual physical activity tolerance.

You don’t have to live with pain. We’re here to help!